Parag has been painting for more than 35 years as a hobbyist. He is a self-learned artist. He is focused on portraits in Oil and watercolor. He is also into Figure drawing.

Before changing track to be a full time artist, Parag Pendharkar worked as Director of Quality Assurance for CAD Software at PTC for two decades. He has also worked as an Automobile designer at TATA motors for 14 years. He started practicing drawing in 1983, owing to his trade as a Mechanical draftsman. He holds a diploma in Mechanical Engineering.

Parag exhibited at Bliss art gallery for the first time with a four week solo show “Sentiments and Stance” in 2018. His first exhibit was in Kalasagar Art show at Bal Gandharwa art gallery in 1986. He continued to exhibit his art annually at each Tata Motors group show.

Parag is also a recreational marathon runner from Pune since 2009. Parag has been a mountain climber with around 10 expeditions to Himalayas, most of them were self supported (alpine style).

Parag published his first book “Where the voice is not heard” as an obligation to more than 10 friends that he lost to mountain climbing. He withdrew from mountain climbing after a mishap in 2009 where he lost two friends in a climbing accident. Digital painting helped him overcome the grief.  A Digital portrait of one of his friends reached the top of Mt Everest with the Giripremi climbing team in their first ascent. This portrait also earned first prize in Twisted Brush Digital art competition by Pixarra.

After retirement from the Corporate world in 2020, Parag has been painting a lot during quarantines and lockdowns. A few commissioned paintings were delivered to Netherlands. 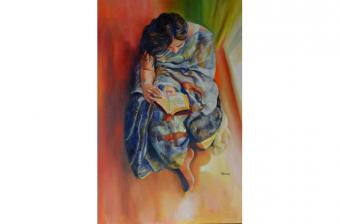 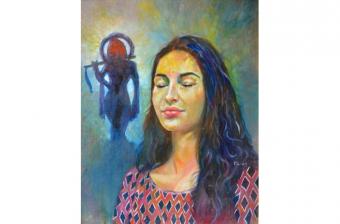 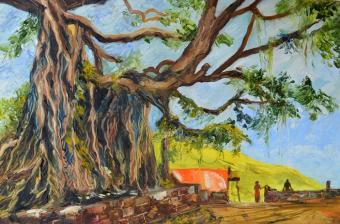