Meena Raghavan , though born in Mumbai was brought up and educated at various places. She is a BA in English Literature.  She is a self taught artist, motivated by family and friends. After a successful solo exhibition in 2006, an absorbing hobby transformed into a boundless passion.  The paper cutting works that she displays are a result of major influences in life.  The architecture of various temples would always leave her awe struck.  Her belief in the higher forces, is thus displayed in various pieces that she has tried to recreate, with a hope to make people aware of this dying art form. Of India   Her belief is that there is more truth in black and white, than in colour.  Each of her art works therefore tires to get across a story waiting to be heard.  If through her efforts she can get across to people then she would consider it a job well done.

Sanjhi is an art of paper cutting, an art form typical of Mathura in UP.  In Japan this art form is called Kiri e. The cutting process requires enormous skill, concentration, and patience.  The fine details are achieved with a scalpel or a cutter.  It involves carving intricate designs on paper and sticking it on another base paper.  The graphic quality could be easily mistaken for paint or ink.  They are mostly cut from a single sheet of paper.  In order to bring out the contrast a black and white paper is normally used. 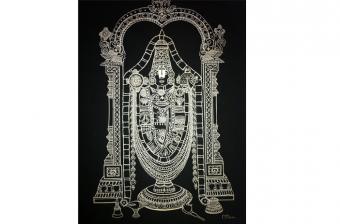 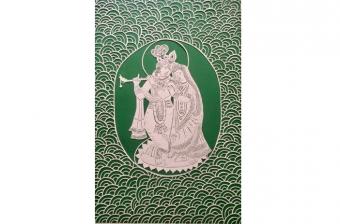 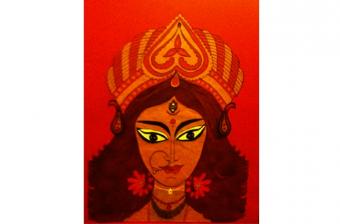